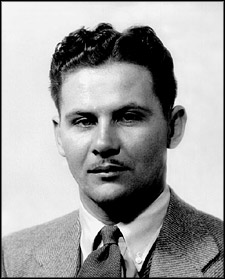 On July 20, 1943, Edward P. Jesmonth of Hartford was killed when his cruiser skidded on a rain-soaked highway and struck a tree. Jesmonth was assigned to the “emergency service” in Colchester and was responding to a fire at a marina in Portland when the accident occurred. He had been appointed in August 1941 and was assigned to the “emergency service” after his “exceptional and highly efficient response to the emergencies created by the Hartford Bridge disaster.” Jesmonth and Hubert Spencer dove with Navy divers to recover the victims in the collapse and helped remove 350 tons of twisted steel from the river.