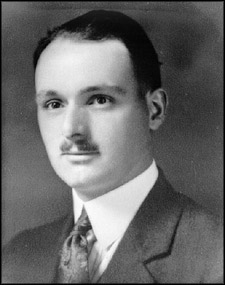 Trooper Pearle E. Roberts of Norwich was fatally injured in a motorcycle accident on November 25, 1922. Roberts was returning from duty at the Yale-Harvard game in New Haven when the front wheel of his motorcycle caught the groove of a trolley track on Whitney Avenue in Mount Carmel. He was thrown head first over the handlebars and the motorcycle landed on him. Roberts fractured his head on the curb and died shortly thereafter.